The WRC App is the only official mobile application of the FIA World Rally Championship.   Use it to keep up-to-date with all the news, information, videos and pictures from the world´s toughest motorsport, the WRC. Follow every rally live by monitoring the Live Timing, listening to on-event radio and reading the live text updates.   The new WRC+ section offers additional content. The monthly subscription includes online access to LIVE STAGES, LIVE MAPS, ONBOARD ACTION and FULL HIGHLIGHTS videos.     All features:   *Home* News, videos and the countdown to the start of the next rally at a glance. *WRC+* Your ticket to the world’s toughest motorsport - the innovative subscription platform offers exclusive content from the FIA World Rally Championship. Enjoy Live Stages, Live Maps, Onboard Action and Full Highlights on your mobile – or any other device from each upcoming WRC rally event! WRC+ Subscriptions: WRC Plus Basic Subscription (1 Month) --> 4,99 € WRC Plus Basic Subscription (1 Year) --> 49,99 € WRC Plus All Live Subscription (1 Month) --> 8,99 € WRC Plus All Live Subscription (1 Year) --> 89,99 € Payment will be charged to iTunes Account at confirmation of purchase. Subscription automatically renews unless auto-renew is turned off at least 24-hours before the end of the current period. Subscriptions can be managed in your iTunes account settings after purchase. Privacy Policy (https://plus.wrc.com/about/privacy/) and Terms & Conditions (https://plus.wrc.com/about/terms/). *News* Keep up to date with everything that is happening in the FIA World Rally Championship. *Live* During a rally, this is where you’ll find stage times, split times and other data direct from the stages. You can also follow the live text and listen to the exclusive WRC live radio stream from service park and stage end reporters.   *Media* Spectacular videos, pictures and audio podcasts. *Calendar* An overview of all of the rallies in the season, illustrated in detail with facts, links, videos and pictures. Stage maps show you where the action takes place. *Results* Including FIA championship standings for drivers, co-drivers and manufacturers, plus results of previous rallies and seasons. *Facts* Detailed information about drivers, co-drivers, teams and manufacturers. *Social media*   WRC on all channels:  Integration of the official WRC Facebook page and the @OfficialWRC Twitter feed.  Get the official WRC App now and experience the World Rally Championship!   +++ Feedback +++ [email protected] 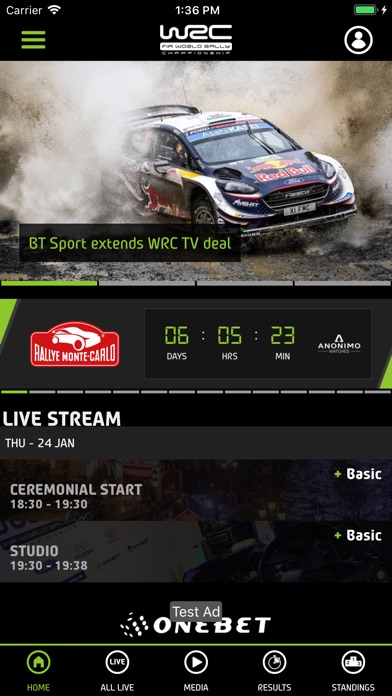 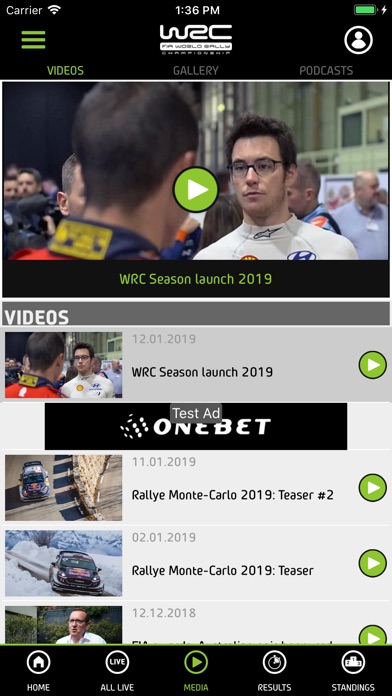 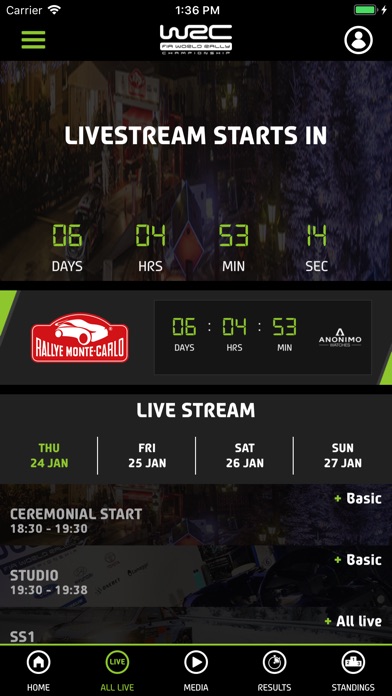 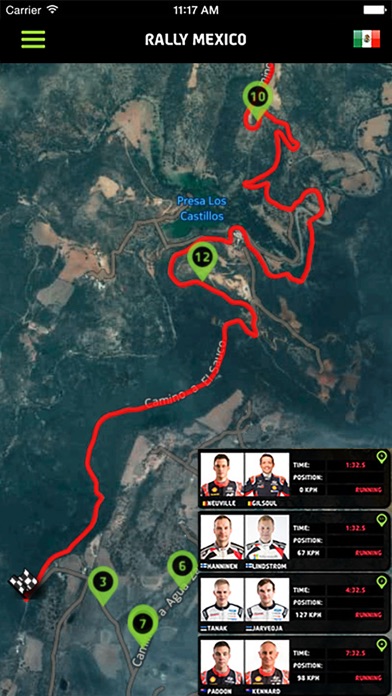 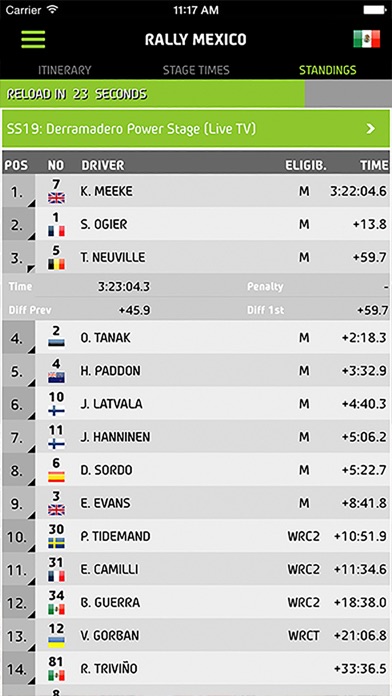